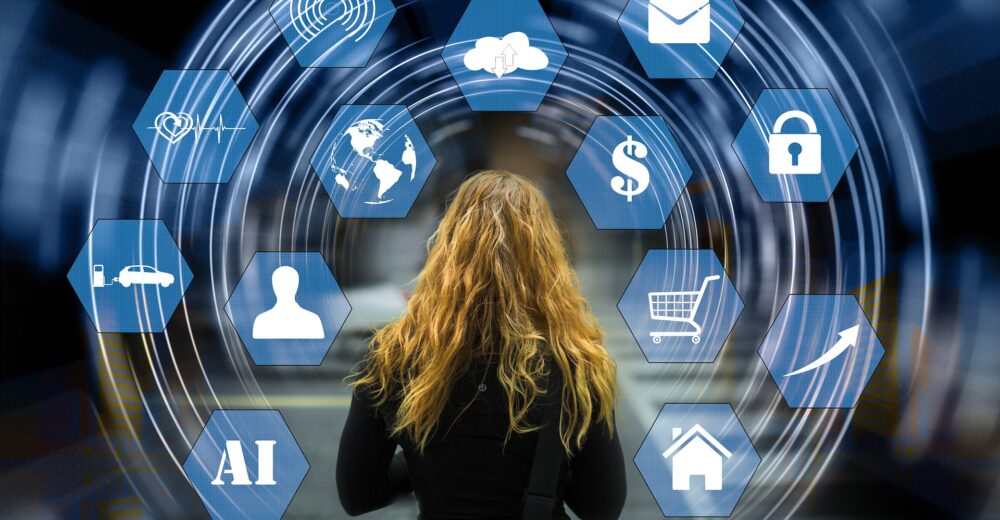 Happy New Year to all. Here are some thoughts on key emerging computing technology trends for 2022:

We see AI expanding in a variety of ways.

The concept of Quantum Computing (QC) was first posited by the Nobel Prize-winning physicist Richard Feynman who explained that classical computers could not process calculations that describe quantum phenomena, and a quantum computing method was needed for these complex problems.[6] Since then, QC has made significant strides and established companies and nations are investing heavily to gain leadership positions in this field.

On the commercial front:

IBM’s Quantum System Two offers a glimpse into the future quantum computing datacenter, where modularity and flexibility of system infrastructure will be key towards continued scaling,” said Dr. Jay Gambetta, IBM Fellow and VP of Quantum Computing. “System Two draws on IBM’s long heritage in both quantum and classical computing, bringing in new innovations at every level of the technology stack.”

Expected to be up and running in 2023, IBM Quantum System Two is designed to work with IBM’s future 433-qubit and 1,121 qubit processors and is based on the concepts of flexibility and modularity. The control hardware has the flexibility and resources necessary to scale, including control electronics, allowing users to manipulate the qubits, and cryogenic cooling, keeping the qubits at a temperature low enough for their quantum properties to manifest.

QC will not replace traditional computing anytime soon, but will coexist with it. When it does mature, QC applications will be widespread in climate-change studies, new drug discoveries, revolutionary agriculture resulting in reduced carbon emissions, systems biology, and cognitive computing processes—involving programs that are capable of learning and becoming better at their jobs—using vast neural networks. Quantum-powered AI will yield machines that are able to think and learn more quickly than ever, although machines may never equal humans in creative and emotional aspects.

Cybercrime reportedly cost damages totaling US$6 trillion globally in 2021, larger than the economies of U.S. and China and would be the world’s third-largest economy, and is expected to grow by 15% CAGR reaching US$10.5 trillion 2025.

The IT industry is never dull and 2022 will be no different.

CC will continue to grow fueled by its leaders’ growth. New players will face daunting challenges from established vendors.

HPC, aided by AI and CC, will become cheaper to embrace and expand its footprint by entering new fields.

QC is still in its early stages and, but for a few marquee use cases, may take 5 to 10 years to reach practical implementations.

Security will face more challenges with hacksters (hackers + fraudsters) trying to outsmart cybersecurity experts. Central governments have to play a key role to avoid individuals (seeking fun, money, or both) or state-sponsored infrastructure meltdowns. While our Defense Brass is stuck in 20th century warfare (mass killings, carpet bombing), the 21st century will face cyber warfare. Einstein is famously reported to have said, “I do not know with what weapons World War III will be fought, but World War IV will be fought with sticks and stones.” We beg to disagree with probably the greatest scientist and humanitarian of all time and state: The next World War will be fought with ‘0’s and ‘1’s. It will be a cyber war. Mass destruction of past wars will be replaced by mass disruption.

[6] W. Knight, “Serious Quantum Computers Are Here. What Are We Going To Do With Them?”, MIT Technology Review, February 2018.